For many, many years, singing has been an integral part of the camping experience for kids. Its a long-held and healthy tradition that has been passed down from generation to generation, often through the Boy Scouts of America organization or the many organized summer camps that dot the American landscape. So many of us have fond distant memories of spending a few weeks during the summer away at camp, making new friends or reuniting with old ones and learning a new batch of songs every time we went.

Unfortunately it seems as though fewer and fewer parents are sending their kids away to summer camp. This is an immense shame, and could have a huge effect on diminishing some classic traditions that have been a part of our culture for years. To do our part to stop this long held tradition from fading away, we are here to encourage you to teach your children some of these classic campfire songs for kids. It’ll help you keep them entertained during your own family trips, and can be a fantastic bonding experience for all involved. With that in mind, let’s dive into our list of the top 10 campfire songs for kids.

Written by prolific folk singer Woody Guthrie way back in 1940, this long-lived American song is easy to sing and remember, as well as pick up and play on guitar for a moderately skilled musician. If you don’t have one of those at your disposal, that’s completely okay as the song functions just as well a capella. Guthrie has a number of kid-friendly songs that are great to pick up and teach to the next generation, but the extreme popularity and positive message of this song cements it as the number one pick in our minds. With lines such as “As I was walking that ribbon of highway / I saw above me that endless skyway / I saw below me that golden valley / This land was made for you and me,” “This Land is Your Land” is a lovely little tune that kids will quickly fall in love with singing.

If your children are the kind of kids who just love to laugh, pull out this silly little number to make them start cracking up at a moment’s notice. Based on an old folk song titled “On Top of Old Smoky,” “On Top of Spaghetti” begins with the hilarious lyrical stanza “On top of spaghetti / All covered in cheese / I lost my poor meatball / When somebody sneezed.” We can already hear the laughter ringing throughout the forest. Whether your kids are three years old or thirteen years old, we have a feeling they’ll get a nice little kick out of this throwback campfire songs for kids.

This classic children’s folk song dates back well over 150 years now, but it’s still a timeless campfire tune. The song has popped up time and time again, from appearances in “Peanuts” to even being covered by Neil Young. It’s a simple song to teach, easy for children to remember, and has its basis in an old Christian ballad. In fact, the song is believed to have originated by slaves before the Civil War, potentially even as code for members of the Underground Railroad to use. Despite its origins, the modern song is an innocuous and cheerful campfire song for kids to sing beside the fire.

These two songs are actually versions of the same song, only with different lyrics. While “The Ants Go Marching” is probably the more popular tune, it’s actually based on the old Civil War folk song that came first, “When Johnny Comes Marching Home Again.” Though you could teach your kids either one, “The Ants Go Marching” is far easier to remember for young ones, and doesn’t deal with the same Civil War themes that the original does. Be careful teaching the kiddos this one, however, as it can get stuck in your head for hours on end with just a quick verse or two.

If you’re at all a history buff, it might interest you to know that the origins of “Yankee Doodle” do in fact go all the way back to the time of the American Revolution. Supposedly the tune itself spans back even farther, having its beginnings even a few hundred years before that in Europe. Like many folk songs, something about “Yankee Doodle” remains prominent in the American consciousness, and the song has become a timeless classic. Originated by the British soldiers to mock the “Yankees,” the tune was quickly altered and began serving as a rallying call for American patriots in a fittingly sarcastic kind of way.

The first song that pops into many peoples’ minds when they begin to think of campfire songs for kids in the classic “Kumbaya.” Like many other folk songs that found their footing in American, “Kumbaya” originated as an African American tune in the south before eventually finding popularity and receiving a number of tweaks over the years. The song itself is quite easy to sing and the tune easy to follow, and it’s even more fun if someone has a guitar they brought along. If you’re in a bind and need a last minute song to memorize, “Kumbaya” is a good choice for you.

This Scottish folk song is taught to children around the country in schools, so you may not even have to teach it to your children; there’s a decent chance that they already know it and can sing along! If not, it’s an easy song to pick up, and the song has been used time and time again in cartoons and in other pop culture appearances for reference. Before you know it, your kids will be singing this song the whole ride home from your camping trip.

Another tune with some fascinating backstory for the history buffs, “Home on the Range” is considered by many to be the quintessential folk song of the old American west. The song’s lyrics were first published as a poem in 1872 and is based on an actual still-existing cabin! Over the years, it’s received recordings from the likes of Bing Crosby to Willie Nelson, and it is an excellent song to teach to your kids. It’s a nostalgic song with a lovely melody that isn’t too annoying like a few of the other campfire songs for kids tend to become over long periods of time.

Like some of the other songs on our list, “Baby Bumble Bee” is a modified version of an existing song, in the case “The Arkansas Traveler.” Don t get it confused withe the kids toy car! Both the original and modified versions of the song have popped up time and time again over the years, but “Baby Bumble Bee” remains well-remembered as a classic children’s campfire song today, used by the Boy Scouts and Girl Scouts of America and in many elementary schools across the country. It’s a catchy tune that can keep your kids occupied and laughing during their camping excursion.

Now before we go out recommending this song to everyone, we should warn you how catchy it is, and the fact that it can potentially continue being sung in a non-stop loop for eternity. That’s just how much kids love to sing it, and it easily works with the song. With its memorable whispering and shouting lines, as well as unbelievably silly repeating lyrics, it’s not too difficult to see why this song has become a big favorite among kids everywhere. Now if we could just figure out how to get them to stop singing it.

The history of campfire songs for kids in the United States runs parallel to the history of its folk songs, and dates way farther back than many people realize. Humans have likely been telling stories and singing songs by the fireside for thousands of years, and that tradition continues to this very day. It seems likely that humanity has always and will continue to have a natural desire to share and express themselves through song.

If you want to talk specifically about the history of campfire songs for kids in America, the American Camp Association has dove headfirst into the backstory of the long held traditions honored by Scouts across the country, including its songs. This is just a fascinating little slice of the extensive history of folk songs for kids, and hopefully its a tradition that we can continue. By teaching these songs to your kids, you’ll be ensuring they live a new life, and hopefully your little ones will one day pass the favor on to the next generation. 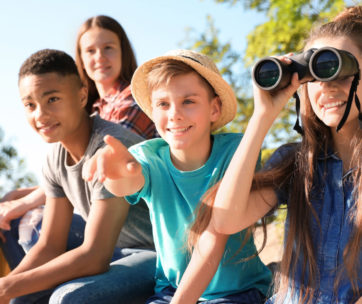 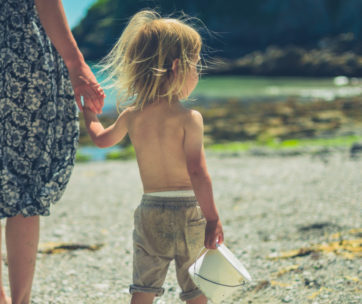